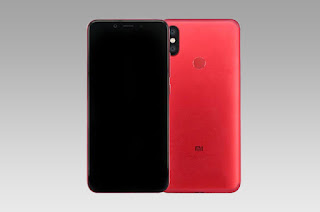 Xiaomi recently launched Redmi 5 and is ready to launch Mi Mix 2S on 27 March 2018. But another smartphone by Xiaomi has been spotted online by TENNA. Hint towards the launch of a new Xiaomi smartphone called the Mi 6X or as it’s being rumored to be called Mi A2 outside China.

The company designed Xiaomi Mi 6X like as recently launched Redmi Note 5 Pro earlier this year. The vertically aligned 20 MP rear camera with LED flash setup can be seen in the top left corner of the phone. And also placed fingerprint sensor circular at the back. The front panel appears to come with a selfie camera.